On my way back home, I stopped at a spot in Baraga County near L’Anse that I had always wanted to check out, the old L'Anse Power Station and waterfalls: 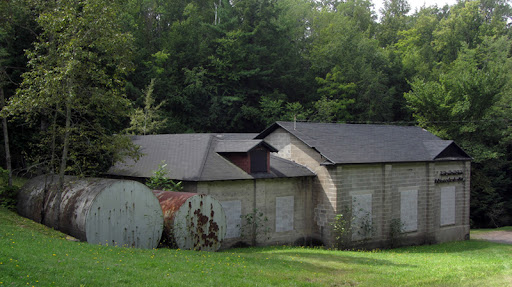 In 1908 the village of L’Anse constructed a dam and small hydroelectric plant on the Falls River, at the site of what is now called “Powerhouse Falls.” 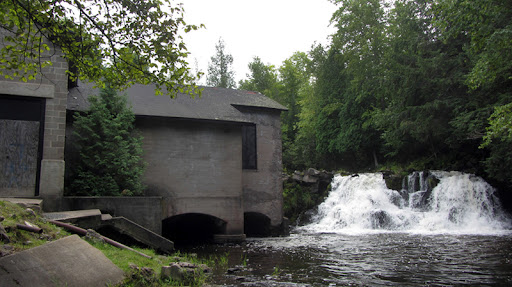 According to the HAER, this station was originally equipped with a Leffel horizontal turbine with a Woodward governor, and a 120W generator. The plant also had a steam-driven 50W DC generator. 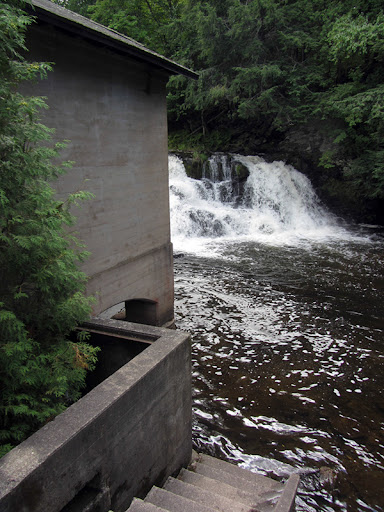 As the population of L’Anse grew and electricity became more ubiquitous, a series of seven Fairbanks-Morse and Caterpillar diesel generators were installed from 1923 to 1949, ranging from 90KW to 398KW. 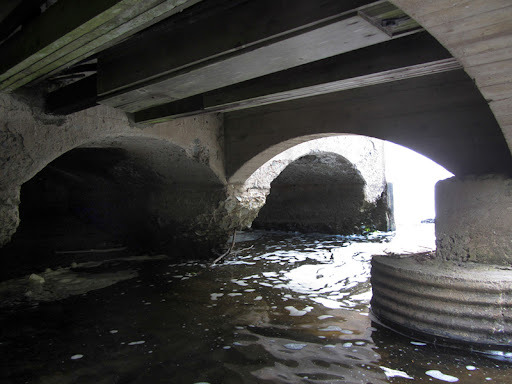 I went up around back of it for a different view. 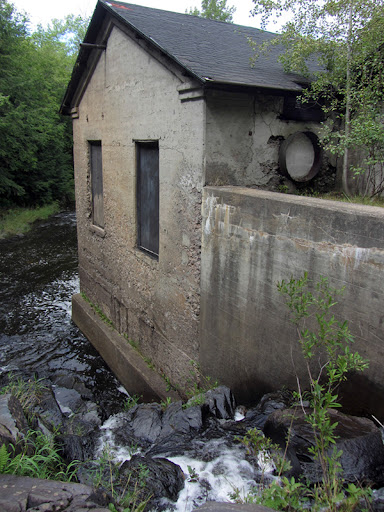 There was a small window I could have gone through, but it was a long drop to the floor and I could tell that nothing of interest remained inside anyway: 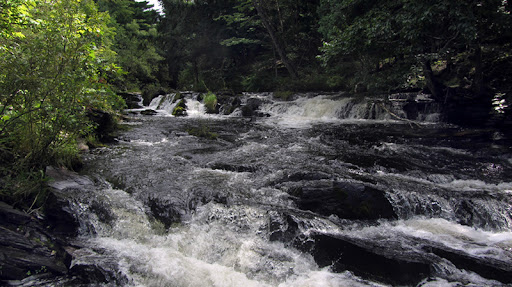 This station functioned until 1966.

A couple footings, and a short, stacked stone wall of some kind on the opposite bank: 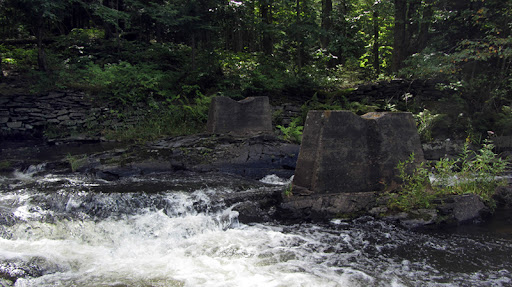 I cruised onward through Ishpeming. 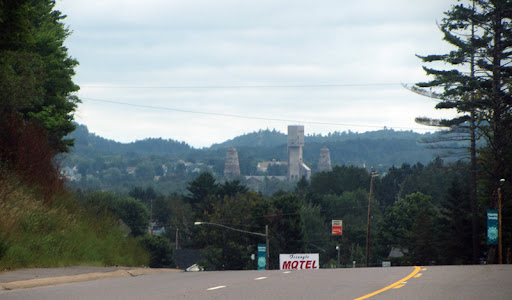 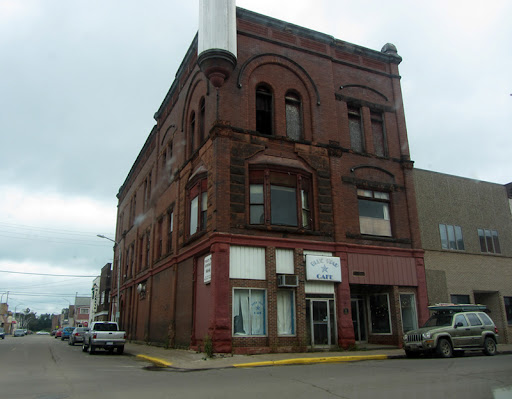 Another thing along my way home on US-2 that I’ve always meant to stop and check out was the Cut River Bridge. 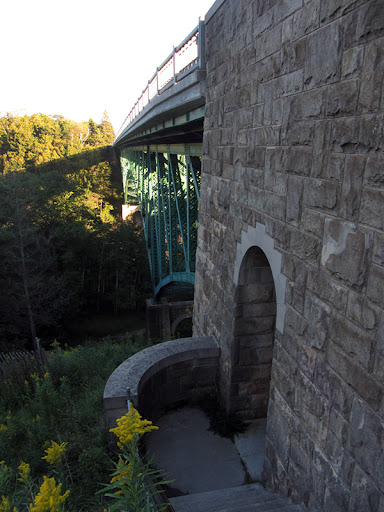 The substructure was built in 1941, but the bridge’s completion did not come until 1946 due to a certain event that occurred between those two years, as one might well imagine. 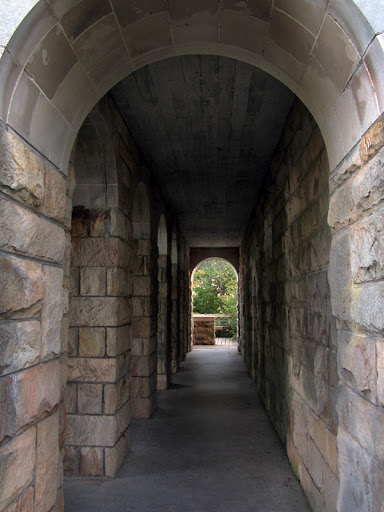 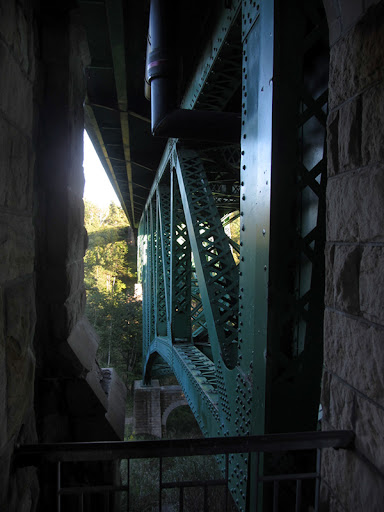 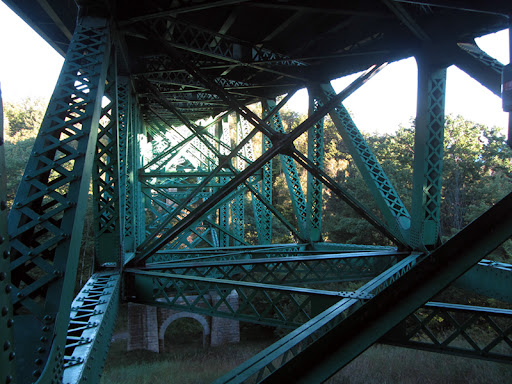 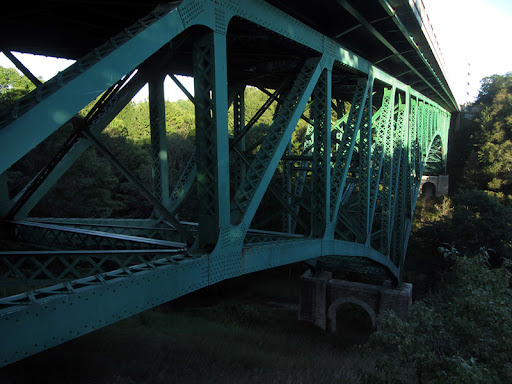 I was almost certain that I could see the barely discernable silhouette of Garden Island, or other islands of the Beaver Archipelago that I had visited a few months ago, but it doesn’t really show in these photos. 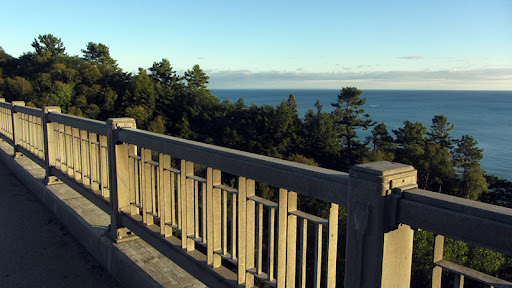 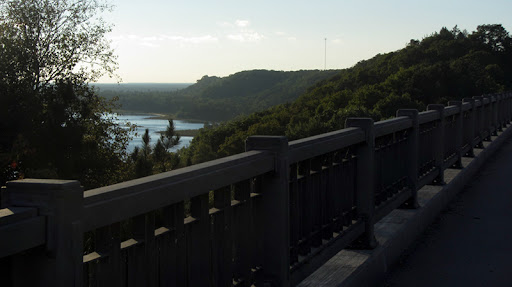 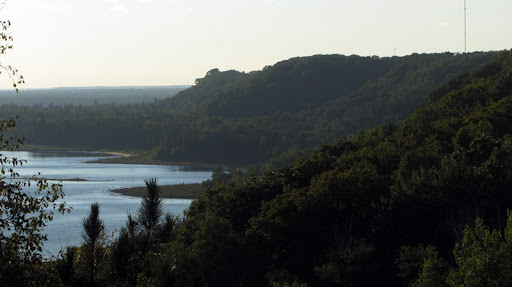 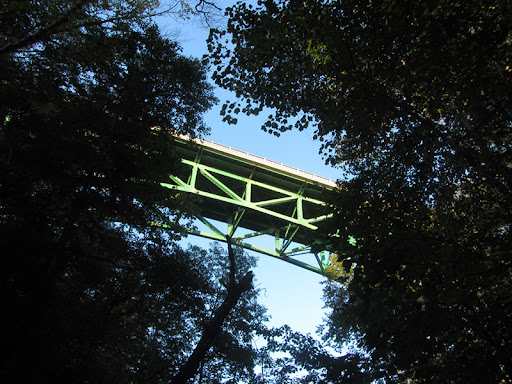 I thought about climbing out there into the substructure of the bridge, but it didn't seem to offer any better view than what I already had from the deck. 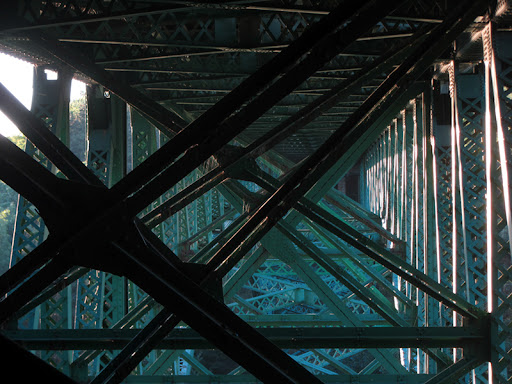 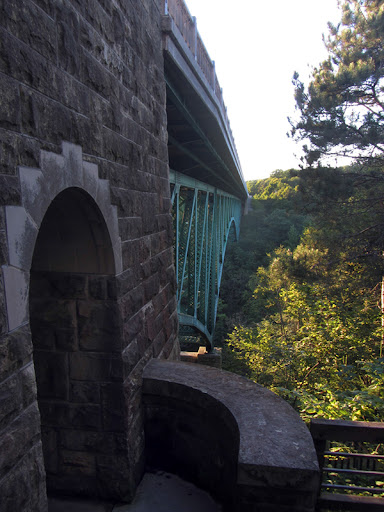 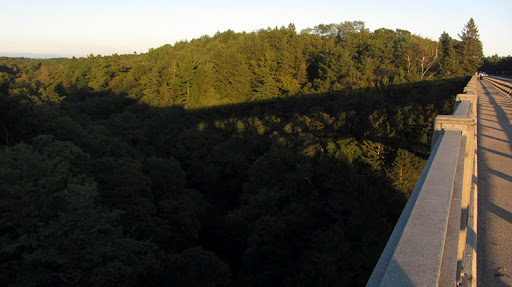 Another splendid end to another epic adventure. 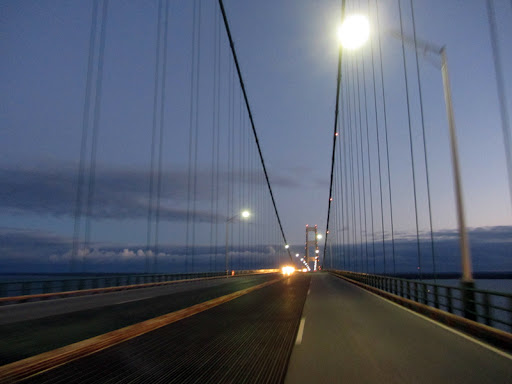 As always, thanks for reading.