After leaving Hungarian Gorge behind we drove into Calumet for lunch (MAP). The glorious weather had already changed into Keweenaw grey again. 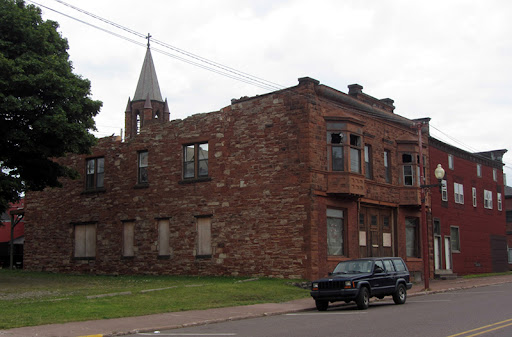 Some of the other things I wanted to check out in the Keweenaw today included a few spots I had never been to, such as the forgotten landmark known as the “Devil’s Washtub,” and the village of Bête Grise (pronounced “bedda-GREE”). 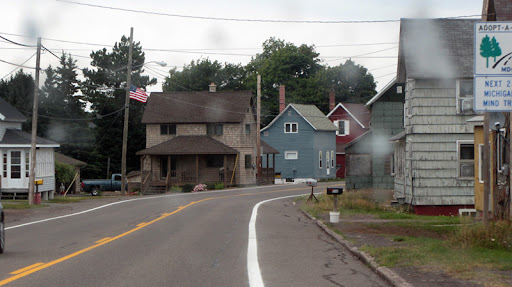 We started up US-41 and passed the rock shop just outside of Allouez. Rutabaga told me a little about this place…apparently it was run by a husband and wife couple who lived next-door, and claimed that back in the woods on their property was a mystical vortex that had special powers related to the massive deposits of copper along the Keweenaw lode here, which--when properly tapped into--can grant clairvoyance or immortality or some shit.

Every year they have this annual kook-fest where all these goofy weirdos from across the country gather and have nutty ceremonies on the supposed “Keweenaw Vortex,” as they call it, for which they all dress up in crazy hippy wizard costumes and shit. Supposedly they are able to tap into the power of the vortex, or whatever. I think there might also be some kind of doomsday prophecy element to this nut-fest as well. 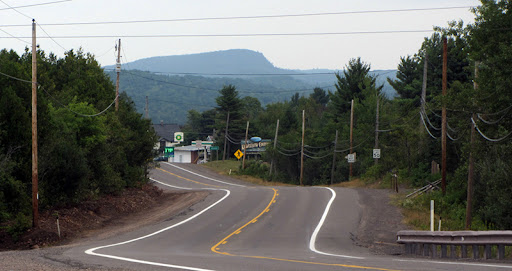 Needless to say I was a little taken aback at this rather unbelievable revelation about a harmless rock shop that I had passed a million times before and never thought anything strange of. I felt like Rutabaga was pulling my leg.

That is, until she had me take a closer look at one of the giant signs on the side of their big building: 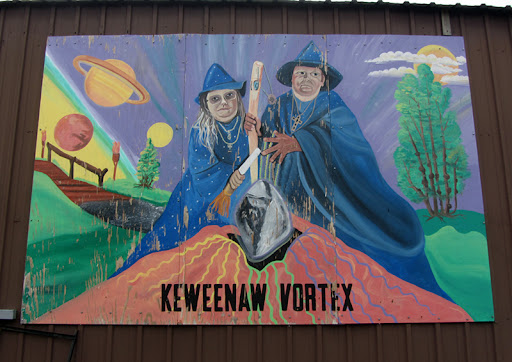 Oh my…alrighty then. Not sure how I never noticed that before...but as fate would have it, an old acquaintance of mine ended up writing a story about these folks a year later.

Anyway, moving on. As we were driving along M-26 to the Devil’s Washtub, it began pouring rain.

The Devil’s Washtub is a hole in the rocky northern coastline of the Keweenaw near Eagle Harbor that is now on private land, but used to be something of a popular local novelty. It’s sort of like a cauldron where the water churns and swirls around in a cave. Rain was absolutely hammering the windshield in buckets as we parked and looked at each other, realizing that it was pretty much a bust, and there was only one raincoat between the two of us. As soon as we jumped out of the car we were drenched, even with the raincoat…might as well go all the way now. 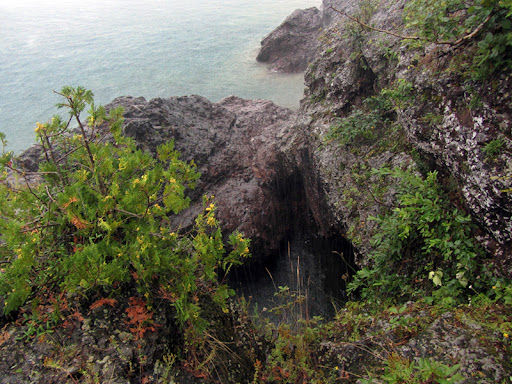 Didn't seem to be doing much churning today. 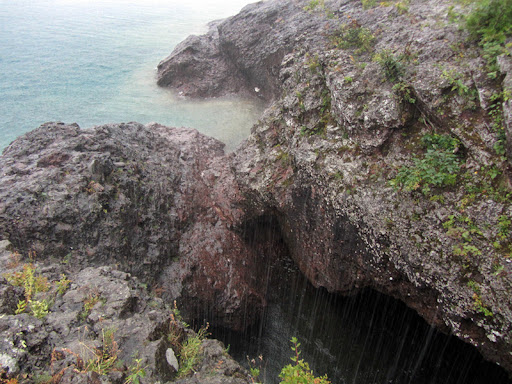 We now continued driving up to the tip of the Keweenaw, to Copper Harbor for beers and maybe lunch, since we had missed the opportunity earlier, and to see if the rain would stop. After that, we headed out to Bête Grise, which is a rather desolate area. In fact the name translates from French to “Grey Beast”…I can only imagine why. It began as a fishing village, but there were also mines on nearby Lac LaBelle, and ships frequently used Bête Grise Bay as a refuge from storms. Eventually the Mendota Lighthouse was constructed as well as a channel to accommodate ships entering and leaving Lac LaBelle.

We were still wet and miserable by the time we got there, but at least the rain had abated. Here is Bête Grise Bay, and the mountains that lead away into the unpopulated extreme tip of the Keweenaw Peninsula. That area is one of the wildest wildernesses in the state, and I have yet to plunge into it, because it is another one of those areas where you almost need a serious 4x4 to even think about doing it. 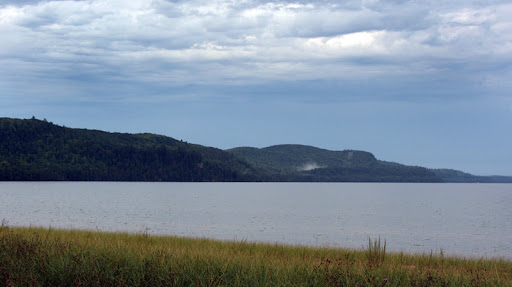 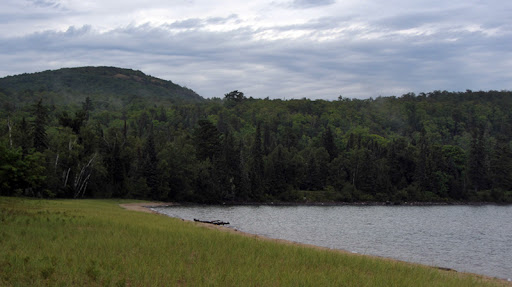 The Mendota Light is now a private residence, but it retains its Fresnel lens: 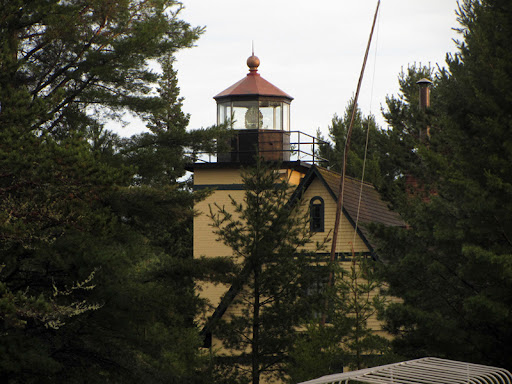 Rutabaga and I got out and walked around, and I scuffed my boots through the sand to test it out…supposedly the beach here is known as the “Singing Sands” of Bête Grise, one of Michigan’s natural wonders. I don’t know what exactly is supposed to cause it, but they didn’t seem to be in the singing mood on this gloomy day.

As it turns out, the only way you can enchant the sands to sing is by pressing down with your palm and twisting. Likewise, if the sands are taken from their native location, they lose their “singing” power. According to the book Weird Michigan by Linda S. Godfrey, the story goes that the sands’ voice is the trapped spirit of a Native American maiden who lost her lover when he was sent away to the other side of the lake, and uses the sands to call to him. There are other beaches in the area, but only the sands of this woman’s beach sing.

Godfrey also records that some locals believe the Bête Grise place-name came from the fact that the shoreline here used to be stalked by a mystical grey beast, and I have to imagine that this is definitely the signature flight and fancy of the superstitious French minds that paddled to these shores in the 1600s. For instance, Fr. Claude Dablon even reported on mermaid-like creatures that inhabited Michipicoten Island who the Ojibwe called Nibawnabwe, which signified a bad omen if sighted. 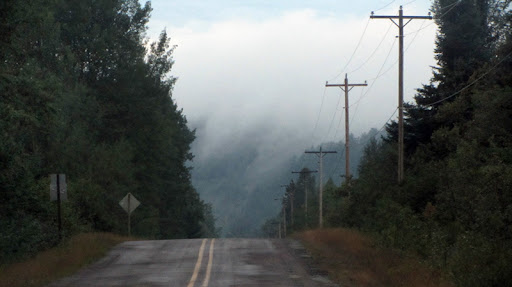 We took Cliff Drive on the way back home to Centennial, and the pall of grey mists and gloom continued to pervade the landscape as we passed Cliff Mine.